Her Majesty’s Otus is Rügen’s most famous submarine

A museum that is located in an old submarine of 1963, you can not find anywhere. But on the island of Rügen, because there is the original English submarine Her Majesty’s Otus. The Otus was built in a series of 27 identical submarines in the period 1959-1967. They got the nickname Silent Hunter (Stille Jager) because of their whispering engines. 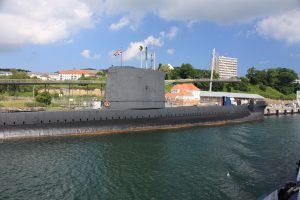 Also, these submarines could dive to Great depth because the walls of the pressure cabinets were made of extra thick steel. The Otus could therefore dive deeper for as much as 300 meters. He was deployed during the Falkland War, which performed England with Argentina in 1982. After 28 years of service, the Otus was taken out of service.

The submarine became a museum

1213/5000
After the Otus was taken out of service, the boat moved to Sassnitz on Rügen to serve as a floating museum. The boat was quickly converted to a museum where visitors get a good picture of the life aboard a submarine in the 60s, 70s and 80s of the 20th century. With the help of presentations and pictures you can see and experience how it used to be on a submarine during that time. Space is limited, the living conditions are primitive. You had to be firmly in your shoes to be able to live on board a submarine. This is made clear by means of various presentations aboard the Otus. A view in the engine room is also a guided tour, where one of the still working periscopes can take a look at the port of Rügen.

The Otus can be visited all year long

In 2004, three former crew members of the Otus visited the museum ship. “It’s just smelling like before,” was their finding. For everybody, the HM Otus is open daily from 10:00 on a daily basis. During high season until 19:00, during the early and late season until 18:00 and in the winter until 16:00. 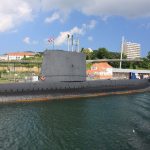